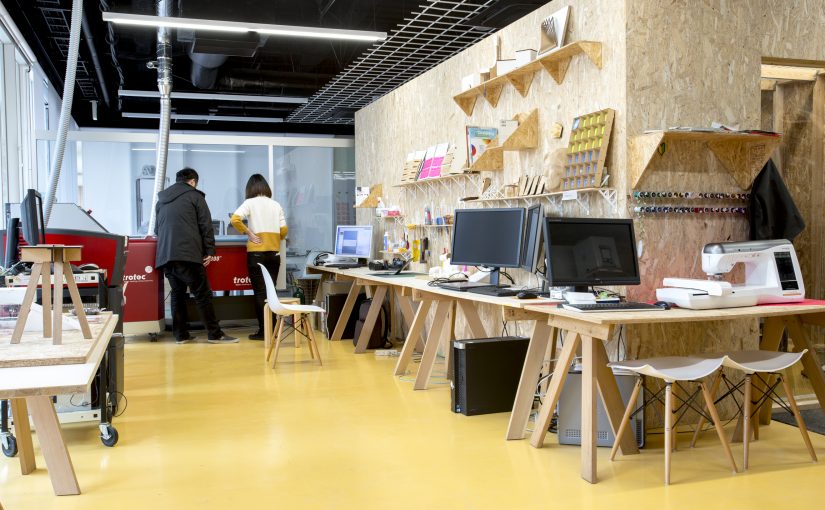 Innovation Studio is a workspace outfitted with digital manufacturing machines including a 3D printer, laser cutter, CNC router, 3D scanner, and 3D modelling equipment. It is a place for students to develop their ideas while making prototypes that can be seen, touched, and felt.

The studio was originally established under the name “f.Labo” in February 2012 as a “base of exchange for IT and fabrication” in the city of Ogaki.

When the Institute of Advanced Media Arts and Sciences (IAMAS) relocated in 2014, f.labo was succeeded by “Fab-core“, inheriting its role as a public studio and a promoter of cooperative, innovative creation.

Now, we are putting the school’s research to use in wider society through partnership with government and business, and through cultural activities. At the same time, we are engaged in digital fabrication research as part of RCIC, a multipurpose organization attached to IAMAS. Because of this, the studio is usually only available for use by members of the school, but it is opened to the public for special events and workshops.